If you notice blood in the sink after you brush your teeth, it’s not necessarily a cause for alarm. While persistent bleeding can be a sign of gum disease, most Americans experience bleeding gums from time to time. There are many different reasons your gums could be bleeding, and you can usually stop bleeding gums at home using one of these methods:

Why are your gums bleeding? Bleeding gums causes range from the simple to the serious. It could be that you’ve got a buildup of plaque or tartar that’s allowing bacteria to grow along the gum line. You may be brushing or flossing too roughly, or not brushing your teeth often enough. Smoking can cause bleeding gums, as can stress or a poor diet. If your gums won’t stop bleeding, talk to your dentist about possible gum disease.

At Lifetime Smiles, our state-of-the art technology, along with our modern approach to dental care, allows us to design and deliver a dental care plan customized for each individual patient’s needs. Because we know that caring for the teeth is one of the most important factors in maintaining good health, we’re committed to delivering innovative care solutions to help improve and maintain your dental health. If you’re in Bellevue, WA, and you’re looking for comfortable, safe, compassionate dental care, call 425-999-3124 or contact us through our website. 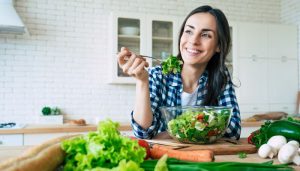 Are your gums bleeding? Even though this is not an uncommon situation, it’s smart to determine the reason for your bleeding gums. It could be…

Lifetime Smiles Offers Complete Tooth Replacement Services
If you have missing teeth, you may feel self-conscious about your smile. Luckily the…

Read More
Recent Posts
Back to the top